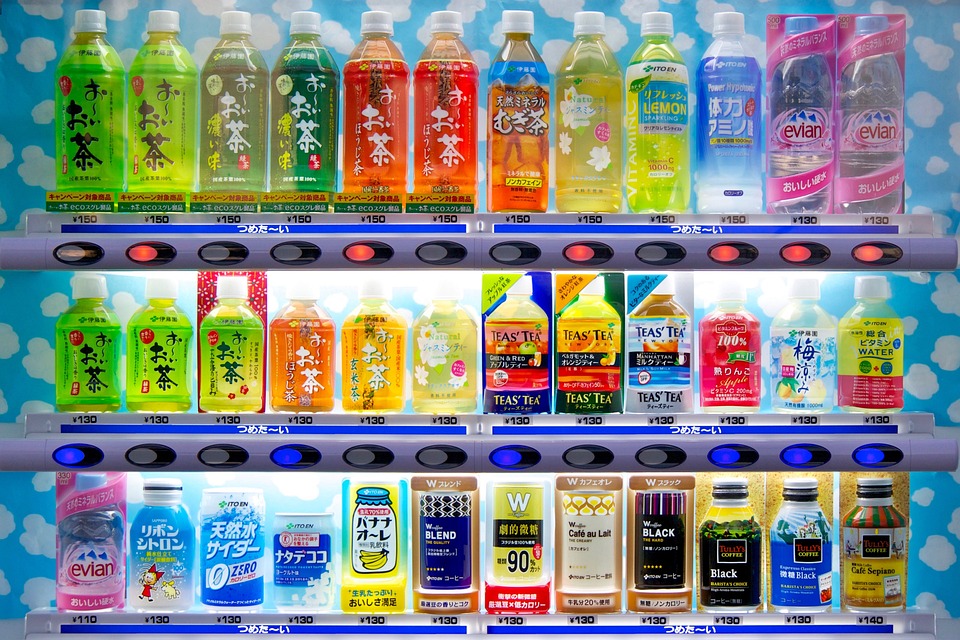 Our previous post provides an institutional view of our world’s current plastic waste problem. We showed how institutions in various sectors of society have grappled with plastic waste, globally and locally. Running through that discussion was an assumption about the way that plastic waste is entirely integrated into our lives, especially our economic lives. The plastic economy, we believe, is inextricably bound to consumer capitalism. This post aims to explore what that means for individuals.

Our daughter Julia, an undergraduate at Oberlin College and Conservatory, announced last summer that she wanted to go plastic free as much as she was able in her next year at school. Like most of us, she had read the news and heard stories of plastic pollution, but the idea that there was simply too much plastic around hit her while spending time in her mother’s home country of Japan: “I was simply struck by the amount of plastic that I was encountering everywhere in Japan,” she explained. Three things, especially, caught her attention: ubiquitous plastic water bottles, the excessive plastic wrapping, and—on the positive side—an astonishing effort devoted to recycling.

The weather in August in Japan was quite challenging for her. “I always needed to have water nearby,” she said. “Across many cities in the U.S., you can find water fountains, often with filters, and some specifically for filling a water bottle. However, the entire summer I was in Japan, I think I saw only one water fountain, and that was in the airport on my way home.” Instead of water fountains, the Japanese have vending machines everywhere. “Unfortunately, the bulk of the drinks they sell come in plastic PET bottles. The amount of waste from all these drinks in plastic baffled me.” The excessive plastic wrapping of items in the grocery store also stood out, even by American standards. “In Japan, everywhere people are wrapping things in plastic. In the grocery store for example, fruits and veggies are commonly wrapped in plastic wrap or dispensable bags, and pre-made platters of food were wrapped in plastic on Styrofoam trays. While American grocery stores also use excessive packaging, at least produce is usually not pre-packed and some stores even have bulk sections.”

“On the flip side,” she continued, “Japan does have an incredible propensity to recycle in an organized way. Not just plastics, but metals, papers, clothes, etc., are all recycled in a very organized manner. There are bins everywhere that encourage people to clean, sort, and dispose of their used recyclables. Municipalities make the process easier and more effective and people are more diligent about recycling than Americans.”

Once you wake up to the plastic problem, you see it everywhere. Steven Kurutz, New York Times

After having awakened to the plastic problem, Julia became determined to change her own lifestyle and reduce her “plastic footprint.” She looked at the blogs of plastic-free advocates, read the popular 2012 book Plastic-Free by Beth Terry, and received tips from her Facebook friends. She became especially concerned about the health risks of certain plastics. The chemical BPA, which is a human endocrine disrupter, is found in common plastic liners used for food and beverage containers. For Julia, in addition to ecological concerns, health became another reason to go plastic free.

Back in the States, she spent a good bit of time shopping for everyday items that were plastic-free and did not come in plastic containers. “I picked up deodorant in a compostable sleeve, a wooden hairbrush with wooden bristles, tooth powder in a tin container, and a small bamboo cutting board. I bought perfume and the lip balm that both come in small tins.” For food storage, she found waxed paper sandwich bags that bend close and are reusable. She also purchased a product called Beeswrap that works a like plastic wrap, but can be washed and reused many times. Sometimes, however, she had to make compromises. The glass containers for the refrigerator have plastic lids. “Toothbrushes were hardest to find. I researched online for the best plastic-free toothbrush. The one I settled on has a bamboo handle and nylon bristles.” She didn’t always have to buy new plastic-free items. “You can share with friends or simply do without. A friend who is also going plastic free gave me a canvas bag for shopping for bulk items.”

(Julia notes, though, that the choice between canvas and plastic bags is trickier than it first appears. She mentioned an NPR story that reported that “plastic bags are better for the environment overall than a canvas bag unless you use the canvas bag over 100 times.” This has given her pause to consider things more carefully: “Interesting to think about the complicatedness of this issue. Being plastic free for health and environmental reasons may make you seem like a hypocrite sometimes. It requires constant attention to news sources and continual research that just isn’t possible all the time, so having a certain set of basic materials that you really use a lot is the easiest way to feel some impact.”)

For grocery shopping, avoiding plastic packaging was the key. “I don’t buy bottled water or juice. I avoid pre-packaged items as much as I can, decline plastic bags and receipts.” She was associated with the college co-op in the fall and this made things easier since the co-op ordered food in bulk. Many of the producers were organic farms and packed their product in wooden crates, paper bags, jars, or cans. However, outside the co-op, things were more challenging. For examples, nuts and berries, her favorite snack items, were hard to find in bulk, and “even Amish farmers sell their nuts in plastic bags.”

Plastics in durable goods are harder to avoid and in the end, Julia had to accept some of them: her phone and computer, wallet and shoes, cello case and other accessories for her cello. She also recognizes that most clothes are at least partially made of synthetic fibers. In this respect she tries to buy used clothes so that she can give them a longer life before they are retired in the landfill. “There were times I could not avoid using plastics. When that happened, I just had to shrug. My goal was to become aware of how much plastic I used and to try to reduce it as best I could.”

Overall, as a young college student, Julia found her plastic-free challenge much easier than she had thought it would be. “Plastic-free books tend to make you feel overwhelmed. The problems are just so big and expansive, it is hard to see how your small efforts make a difference. However, there is something positive in making people eager to change even small aspects of their daily routine.  You realize just how little plastic you actually need to use. On the other hand, a plastic-free lifestyle may be easier for me than for some other people. I am a busy, frugal college student and don’t buy a lot of things.” In the end, she finds it a positive experience: “The act of asserting that my metal cup be used every time I go to a coffee shop keeps me grounded in awareness even when I’m most stressed with school work and less likely to think of my connection to the environment.”

One important take-away that she explained was that “plastic reduction requires people to consume less.” This last comment of Julia’s is echoed by Brett Scovill, the Solid Waste Manager for the City of Norman, whom we mentioned in the previous post. Scovill explained that he discards very little waste himself—a single grocery bag per week. He goes much further and argues that we ought to go beyond recycling and aim at a zero-waste society. One often hears the phrase “Reduce. Reuse. Recycle,” but Scovill thinks that we ought to start that slogan with one more word: “Refuse.” People should get in the habit of turning down unnecessary purchases. To move toward a zero-waste society, Scovill talks about grassroots efforts, encouraging individuals to take action along the lines that Julia has done.

This brings us back to the bigger question about the plastic economy. Consumer-based capitalism puts individuals in a special position. People, who have money to buy things, have the ability to make certain decisions about how much plastic they want to have around them and how much plastic waste they want to deal with. The economy always limits people’s choices, as do a person’s own circumstances, but within those bounds, most people have some room to maneuver.

We would certainly not advocate giving up on institutional change, since without that, there will be no effective transformation of the economy. We think that government action is needed and it needs to be aggressive in some areas. At the same time, it is clear that there is some power in the economic muscle of individuals in our society if it is used thoughtfully. It was clear listening to Julia discuss her efforts that she found it empowering to be able to make these kinds of changes in her life and work toward something that she cared about even at a small scale.

The problem of plastic waste has risen quickly and massively, and we are all now suddenly becoming aware of it. Though the problem is overwhelming, our research has given us some hope that going back to the days without ubiquitous disposable plastic bottles is doable. The idea of reducing one’s plastic footprint is gaining momentum. Even the life-style magazine Martha Stewart Living gives routine advice on limiting plastic pollution.

The plastic-free challenge is no longer an eccentric experiment of activists alone. Indeed, it makes the clumsy fight of the petroleum and plastic industries against environmental causes look obsolete. Recall Jim’s earlier post that describes the petroleum industry’s effort to promote a plastic lifestyle in the classroom: Petro Pete’s Big Bad Dream of a world without plastic. It turns out, it’s not such a bad dream after all. Julia and a lot of others are showing that it can be very rewarding.