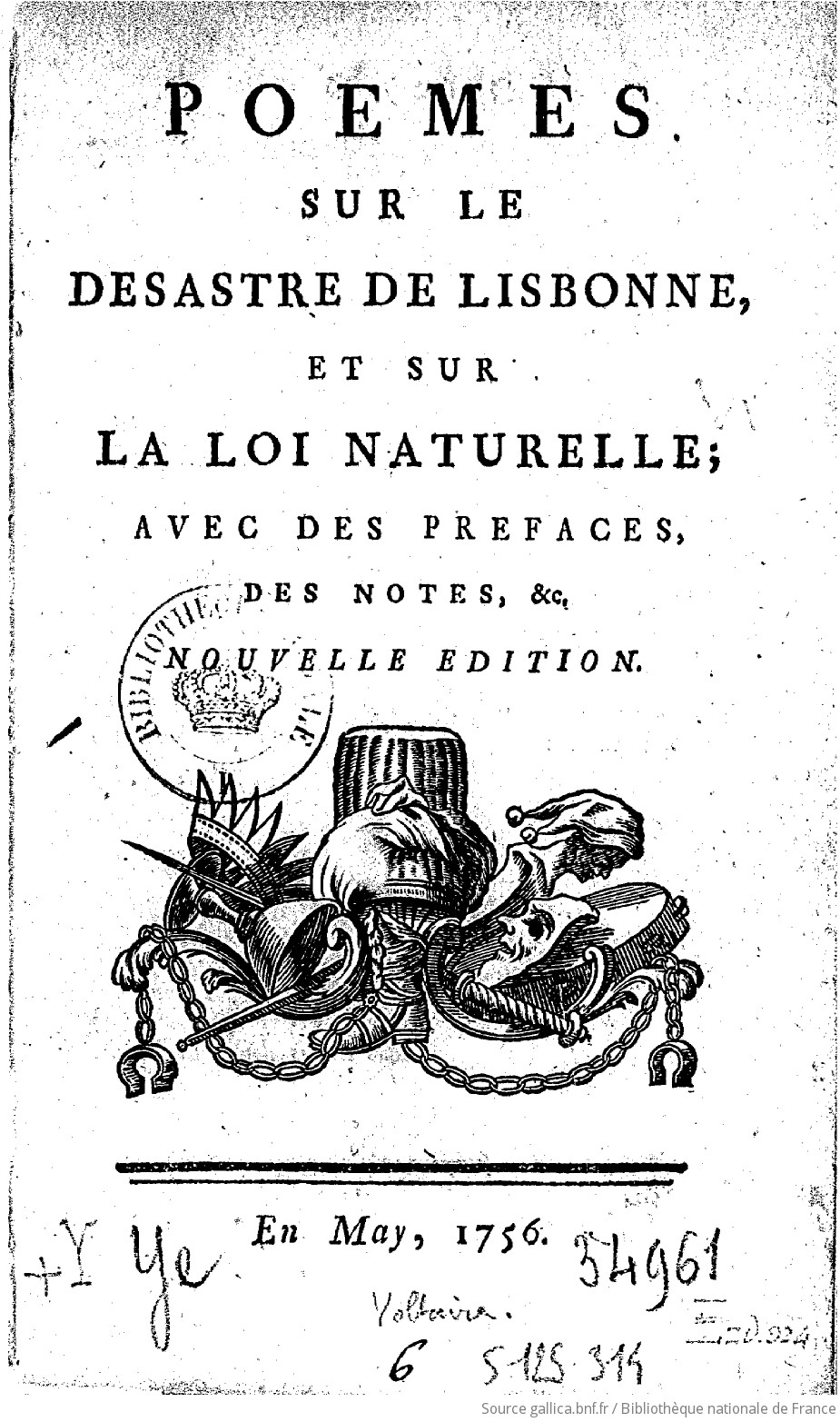 One thought on ““The Dialogue between Voltaire and Rousseau on the Lisbon Earthquake: The Emergence of a Social Science View””