For most biologists, inhabiting the Anthropocene also means working in it. There are very few topics in the life sciences that are not confronted with END_OF_DOCUMENT_TOKEN_TO_BE_REPLACED

Lately I’ve been thinking a lot about refusal and resistance.  What is the difference between them?  And what implications does this distinction have for individual and collective action?  In part, my preoccupation reflects END_OF_DOCUMENT_TOKEN_TO_BE_REPLACED

Like Loading...
CITATION:
Bull, J.W. and Maron, M. 2016. Proceedings of the Royal Society B 283: 20160600.
ON-LINE AVAILABILITY:
http://dx.doi.org/10.1098/rspb.2016.0600
ABSTRACT:
A central topic for conservation science is evaluating how human activities influence global species diversity. Humanity exacerbates extinction rates. But by what mechanisms does humanity drive the emergence of new species? END_OF_DOCUMENT_TOKEN_TO_BE_REPLACED

We welcome to the blog Jeremy Bendik-Keymer, of Case Western Reserve University, for the next in our series on Environmental Political Theory.

I’m one of those people who doesn’t like the term “environmentalism.” I think every human should take care of her home, want to be mindful of other forms of life on Earth, and should END_OF_DOCUMENT_TOKEN_TO_BE_REPLACED 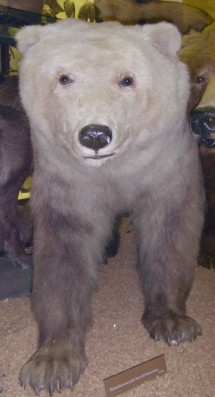 In my post last week I wrote about the Mass Extinction Monitoring Observatory (MEMO) currently under construction on the Isle of Portland off the southern coast of England.  This conceptually sophisticated project, led by the architectural firm of David Adjaye, offers a thoughtful means of linking local, global, and planetary histories of the extinction crisis while drawing attention to the fight to preserve the earth’s biodiversity.  As I noted last time, I’m deeply sympathetic to the idea of extending private grieving and collective mourning to include non-human earthly companions that have gone extinct or are gravely endangered.  But I’m uneasy about the MEMO project’s aspirations to becoming a world heritage site that rivals St. Paul’s Cathedral and other historical landmarks.  Such a stone monument seems like an odd nineteenth-century relic in a digital, networked world. END_OF_DOCUMENT_TOKEN_TO_BE_REPLACED

We welcome Tom Lekan, of the University of South Carolina, as a guest on the blog . . . click for his bio, or go to the “Who we are” tab. This is the first installment of a two-part post; please come back again next week for the conclusion. END_OF_DOCUMENT_TOKEN_TO_BE_REPLACED

Like Loading...
CITATION:
Rosemary-Claire Collard, Jessica Dempsey, and Juanita Sundberg. 2015. Annals of the Association of American Geographers. Vol. 105, No. 2, pp. 322-330.
ON-LINE AVAILABILITY:
Publisher’s website: http://dx.doi.org/10.1080/00045608.2014.973007
ABSTRACT:
The concept of the Anthropocene is creating new openings around the question of how humans ought to intervene in the environment. In this article, we address one arena in which the Anthropocene is prompting a sea change: conservation. The path emerging in mainstream conservation is, we argue, END_OF_DOCUMENT_TOKEN_TO_BE_REPLACED

We welcome Zach Throckmorton, of Lincoln Memorial University, as our first guest blogger . . . click for his bio, or go to the “Who we are” tab.

Like Loading...
CITATION:
Brian J. McGill, et al. 2015. Trends in Ecology & Evolution, Vol. 30, No. 2, pp. 104-113.
ON-LINE AVAILABILITY:
Science Direct: http://www.sciencedirect.com/science/article/pii/S0169534714002456
ABSTRACT:
Humans are transforming the biosphere in unprecedented ways, raising the important question of how these impacts are changing biodiversity. Here we argue that our understanding of biodiversity trends in the Anthropocene, and our ability to protect the natural world, is impeded by END_OF_DOCUMENT_TOKEN_TO_BE_REPLACED

Like Loading...
CITATION:
Eileen Crist. 2013. Environmental Humanities, Vol. 3, pp. 129-147.
ON-LINE AVAILABILITY:
URL: http://environmentalhumanities.org/arch/vol3/3.7.pdf
ABSTRACT:
This paper examines the recent proposal to christen our geological epoch “the Anthropocene.” The reasoning offered for this new name is that humanity’s enormous mark on the geological strata would be END_OF_DOCUMENT_TOKEN_TO_BE_REPLACED

Our world is undergoing a massive change, induced by humans. There is no debate about this among scientists. There is debate, however, about the consequences of this change.

Like many other organisms we actively alter our environment and become ecosystem engineers (http://en.wikipedia.org/wiki/Ecosystem_engineer). A classical example for this process is END_OF_DOCUMENT_TOKEN_TO_BE_REPLACED