CITATION:
Jean-Jacques Rousseau. 1997.  Part IV, Letter XI (pp. 386-401) of Julie, or the New Heloise. Tr. Philip Stewart and Jean Vaché. In Collected Writings of Rousseau (Volume 6). Hanover, NH: University Press of New England.
ON-LINE AVAILABILITY:
Internet Archive, digitization of translation printed in London, 1784.
ABSTRACT:
Julie is an epistolary novel set in mid-eighteenth century Switzerland. The plot involves the relationship between St. Preux, a young man who is hired as a tutor to the title character. They become lovers, but he is driven away by Julie’s father. Julie subsequently marries Wolmar, and much of the novel concerns their lives at their estate, Clarens, which after some years St. Preux visits. In the present letter St. Preux describes a private garden, called “Elysium,” Julie has created near the house. It appears to him to be “wild and rustic,” with “no marks of human industry”—i.e. he sees it as the product of spontaneous nature.  But Julie corrects him, saying that “It is true that Nature has done everything, but under my direction, and you see nothing but what has been done under my orders.” She then explains how she accomplished the effect of naturalness through the careful management of water and the use of native plants. The remainder of the letter features a discussion of the aesthetics of gardens; Rousseau’s views had a strong influence on the development of the taste for less formal garden layouts.

One of my interests on this blog has been to see whether figures in the western tradition of political philosophy can shed light on what seems to be a contemporary, indeed historically novel phenomenon, the Anthropocene. I hope some of my previous posts have made plausible my assumption that they can.

My assumption intersects with our present theme on perceiving the Anthropocene. For it suggests that as the Anthropocene comes into our awareness, part of what dawns on us is that we are not seeing something new as much as we are recognizing that something has been happening for a long time which we had not fully acknowledged. Going back to past theorists is motivated by the suspicion that maybe they were already thinking about the profoundly transformative role of human beings within the physical environment—perhaps developing concepts whose application to our situation we are now able to perceive.

In this post I want again to go back to an author whose work I think is incredibly rich in this regard—Jean-Jacques Rousseau. Even if, as is said, it took Kant to think Rousseau’s thoughts, I believe that Rousseau himself experienced our ambivalences, and wrote works that help us articulate them. His accounts of human beings’ experience of nature in particular help us unpack the complexity of that fundamental relationship—and the description of the garden “Elysium” in his novel Julie is a crucial text, which I’ll discuss in terms of our theme of perception.

In the Elysium passage Rousseau expresses an ideal found in a number of his works: making human influence imperceptible. The ideal is bound up in a paradox, whereby human effort is necessary to attain valued ends, but at the same time threatens to subvert those ends.

In this case, the goal of Julie’s effort is to provide a setting which would afford the experience of contemplative solitude, or reverie—an experience Rousseau associates with being in nature. But, Julie notes, in the social world humans occupy, that experience is not readily accessible: nature “flies from public places.” Providing that experience within the human domain therefore demands “some degree of illusion.”

The paradox as it regards Elysium derives from the fact that the site had previously been an ugly, disused orchard, unsuited to providing the valued experience of Nature. Thus, on the one hand, substantial human effort was required to reclaim the site, in order to make it look completely natural. But, on the other, if those efforts were noticeable, the place would not look natural, but would appear as a garden. And that would undermine its purpose. The perception of human effort would compromise the purity of the viewer’s response to the scene; the response would be experienced as deliberately evoked by another person, and not a direct reaction to natural stimuli.

Thus the need for illusion. Note that the illusion is not that the trees and flowers are actually paper—the living things present in Elysium exist by way of their spontaneous organic processes. The illusion is that the landscape emerged spontaneously by way of some ecological process—rather than having been arranged by its human designer precisely to work an effect on the viewer. A spontaneous landscape would evoke a spontaneous response; for a managed landscape to have the same effect its constructedness must be concealed.

But as much as Rousseau makes these ideas available to the reader, what actually happens in the scene is that St. Preux is taught by Julie and Wolmar to see through the illusion they have crafted so carefully. St. Preux enters Elysium and perceives a natural wilderness; the following pages depict him learning to perceive Elysium as Julie’s creation.

This is why I think this text has something to say about our theme of perceiving the Anthropocene. For the letter shows St. Preux having an extended “a ha! moment”—akin to the moments described in the posts this fall, in which some immediately perceived object (or condition) prompts a perception (or recognition) of the broad human influence on the broader environment.

In the first part of the letter Julie and Wolmar reveal the horticultural “stagecraft” that has produced the illusion. The trick is to arrange a setting in which natural processes can play out on their own, rather than, as is conventional, forcing the results of those processes into patterns dictated by fashion, as with topiary and geometric design. “Does nature constantly make use of the square or rule?” Wolmar asks rhetorically, referring to conventional garden designers. “Are they afraid lest she should be visible in some spots, notwithstanding all their care to disfigure her?” The characters’ discussion of conventional landscape aesthetics reveals the motivation they attribute to the taste for it: the vanity of the owners of estates (and the designers they commission), who seek to manipulate natural forms into unnatural configurations solely to impress others, in an effort to enhance their own self-esteem.

As the letter proceeds, therefore, we see that St. Preux’s a ha! moment is multi-leveled. It starts with the revelation that Elysium is not, as in his first impression, remote from humanity, but is actually the product of human effort. As the details of Elysium’s construction are revealed, St. Preux comes to perceive more—about possibilities for human action in nature.

In the first instance, Julie and Wolmar’s description of their techniques demonstrates, quite literally, how human design can deploy natural processes, in ways that do not distort natural forms; this idea is, of course quite familiar today, under rubrics like design with nature and ecological engineering.

But further, Rousseau depicts St. Preux coming to perceive that human influence on nature can be moralized—specifically, he perceives how human design can invest a landscape with moral meaning. I want to focus on this general reading—for to be sure, a key meaning St. Preux perceives in Elysium is specifically linked to themes in the novel as a whole, involving the characters’ relationships. But it is this general point that is relevant to the perceptions of the Anthropocene we have noted on this blog. 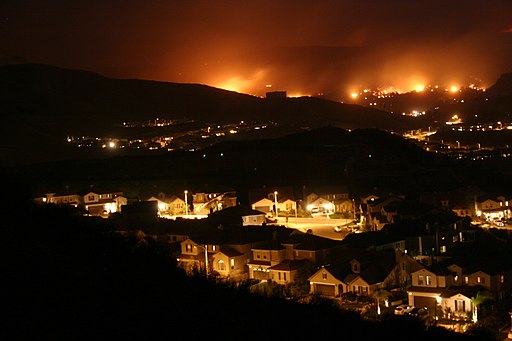 Of course there is an obvious difference between St. Preux’s perception in Elysium and the perceptions of the Anthropocene described in recent posts. The posts have described becoming aware of a complex of unseen global processes, unwittingly initiated by humans. These revelations are threatening: an uncontrolled, perhaps uncontrollable power is manifesting itself through a cascade of damaging events. The violence is sometimes fast and indiscriminate, sometimes slow and inequitably distributed, but ultimately threatening to all.

The emotional valence of these perceptions, in other words, is the opposite of St. Preux’s. He perceives a gentle human hand, providing for redemption rather than unthinking destruction. We might think, therefore, that his perceptions have no bearing on ours, which present the salient reality, with all of its danger. Elysium might seem apart from our world, in keeping with its name.

But note that Rousseau is certainly mindful of the environmentally destructive potential of human activity, in particular when it is motivated by commerce and the desire for social domination (whose linkages he theorizes). Indeed, it can be argued that his social thought is an attempt to account for just that potential for human activity to have bad effects, which can be reflected in their environmental ramifications. The relevant passages are spread across Rousseau’s work, including in Julie; the Elysium passage, however, is for the most part a counterpoint to them.

For Elysium instead represents a different potential for human action—that when it is guided properly it can redeem the evil sown when it is guided wrongly. Elysium, that is, expresses a redemptive project Rousseau announces in the draft of the Social Contract, where he sees in “perfected art the reparation of the ills that the beginnings of art caused to nature” (Bk II, ch. ii). The beginnings of art left an abandoned orchard; Julie’s perfected art repaired the site, producing Elysium.

In the context of a passage praising Rousseau, Kant elaborates the thought of “perfected art,” referring to it as “second nature” (“Speculative Beginning of Human History,” p. 55). That phrase can be construed simply as the world human beings have made for themselves out of the materials taken from nature as they found it. Kant, building on Rousseau, sees human constructedness as a necessary feature of second nature—but not as sufficient. For what is also necessary is the perfection of art: the application of human ingenuity to the repair of damage due to human failure, due, it must be stressed, to humans’ failure to overcome their “impulses to vice.”

This, I suppose, is what St. Preux perceives in Elysium: a place created not by nature, but by Julie as a figure for second nature—who acts not simply by directing natural processes, but by directing them toward a moral end. And by dramatizing St. Preux’s perception, Rousseau offers it to us. I end, then, with this deeply felt question: in this moment, now, is it possible to sustain Rousseau’s vision? In the glare of the Anthropocene, that is, is it possible to for us to perceive second nature?

One thought on ““Elysium””