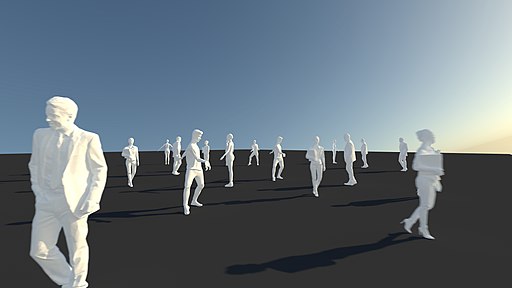 [With this post we begin a series in which we will offer some responses to the pandemic now unfolding across the globe, disrupting everyone’s lives. As we do on this blog we will speak from our own disciplinary positions, in the hope that people from other fields might find their own attempts to understand this crisis enriched.]

Pandemics, like climate change, are strange combinations of human activity and other natural processes. We make pandemics through all that we do — moving, touching, caring, talking, and so forth — because viruses thrive on our capacity to find them new hosts. They are crafty and we are crafty, artful without necessarily knowing that we are artists. Lacking our usual doings, viruses cannot replicate or cannot replicate as quickly, hence the current drive amidst the coronavirus pandemic sweeping the world to shelter in place, to limit the vectors through which the disease can continue its passage through our species. As we turn off our artistry to limit its activity, our action (as well as our inaction) can make things better or worse for us. The social distancing that we are currently practicing becomes a kind of passive activity, an anti-art “inactivism” — which is precisely what we will not tolerate from leaders and media that have failed to respond sufficiently to the crisis. Our sluggishness, as we bumble around bewildered in our homes, helps; theirs kills.

As with other things affected by the spread of COVID-19, art is shutting down or being shut down. Amazon has deferred shipping music and books to prioritize basic household items and cleaning products. Museums and galleries are closed and festivals are being cancelled or postponed, facilitating social distancing and slowing the spread of the virus to mitigate beleaguered and underfunded healthcare systems. Art’s status as a luxury or leisure-time activity — and thus something “inessential” — has been foregrounded at the expense of its other capacities. At the same time, culture is proving to be a refuge. We may turn to books and stories — Giovanni Boccacio’s The Decameron, Daniel Defoe’s Journal of the Plague Year, Edgar Allan Poe’s “The Masque of the Red Death,” Susan Sontag’s Illness as Metaphor, and so on — to while away our suddenly abundant downtime and instill in ourselves the resolve that comes with a sense that what we face has been overcome before.

But, crucially, art offers more than solace. The role of art in a pandemic is to constitute the visibility of vital knowledge. As a number of artists and artist collectives made palpably clear in the 1980s and 1990s during the AIDS pandemic (which is still ongoing), this is a subtle, if also blunt, art that must be practiced with care and strategy. We need art to say what others — governments, media, etc. — do not say, and we need its messages to get across amidst the din of information competing for our attention. Here are three examples of the artistic astuteness that such times demand:

Our moment is, of course, different from the onset of the AIDS pandemic, but the basic messages of these images are still relevant enough (government is failing us; love, don’t fear, those who are sick; we’re all in this together) to learn much from the precedent of the sophisticated and complex yet simple and incisive images delivering them to us. Many, many bad things will come from the COVID-19 pandemic, but one good thing that can come from it is a more knowledgeable public, a public more knowledgeable particularly where our inextricable capture in natural and social processes is concerned — so that our obligation to care for one another and for the planet becomes more evident and more integrated into our artful ways. We are all set to learn a good deal about what all that we do (and don’t do) does—the fact that we explore on this blog, that how we live changes everything. Powerful forces want things to return to “normal,” but we would all be better off if, having learned all that we will from this pandemic, we carry on with a much deeper appreciation for the consequences of our activity and inactivity, especially our “normal” doings. Everything we do, all of it artful, constitutes what we see around us (and what we don’t see), and all of it is now on trial. A crisis is like a sieve: some things pass through and others do not. Art is among the keepers of this most important of gates.

Robert Bailey is an Associate Professor of Art History at the University of Oklahoma. In his next post he discusses the imagery of the coronavirus.

One thought on “The Role of Art in a Pandemic”