On November 4, 1966, the Arno overflowed its banks into the streets of Florence. A number of prominent foreign art historians, including Frederick Hartt and John Shearman, arrived soon thereafter to assist their Italian colleagues, working generally under the oversight of the Uffizi’s conservation director Umberto Baldini, in developing a response to a cultural emergency: the Italian Renaissance was underwater. Their collective expertise facilitated the arduous work of restoring what could be salvaged from the flood, which had a deforming impact on buildings, paintings, sculptures, rare books, manuscripts, and other irreplaceable cultural artifacts, including works by Cimabue, Lorenzo Ghiberti, Donatello, and Giorgio Vasari among many, many others. Millions of things fell apart as the yellow river’s muddy waters mixed with the slimy fuel oil used by the city’s residents to power their furnaces. The enormous task of addressing this damage and destruction goes on over half a century later, since decisions continue to be made about what to care for and in what ways.[1] These decisions, many of them made by art historians, save things for posterity. But they also determine what is left to rot, potentially into oblivion. 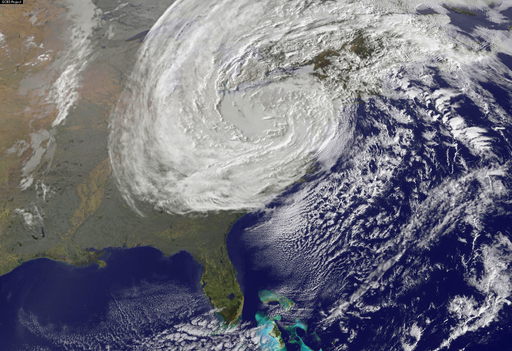 October 29, 2012, the Category 2 Hurricane Sandy made landfall in New York City, and iconoclasm took on a new guise.[2] The hurricane was dubbed “Superstorm Sandy” because of its exceptional destructive power, which has been attributed to anthropogenic climate change, specifically rises in sea surface temperature that amplified the storm’s impact.[3] This extreme weather event manifested storm surges that caused both the Hudson River and the East River to overflow their banks, flooding lower Manhattan both above and below ground. Included in the affected areas were large swaths of the Chelsea neighborhood, which is home to numerous art galleries. Though local usage of fuel oil was not, as in Florence, a concern in this flood, the petroleum industry’s products still had a role to play, as the global usage of fossil fuels — countless acts big and small, in New York City and locations far away — exacerbated a bad situation in one of the world’s major art districts.

Among the locations most severely affected by Sandy was the non-profit bookstore Printed Matter, a long established resident in Chelsea and a seller and publisher of artists’ books.  “Everything was as high as it physically could have been,” the shop’s executive director James Jenkin told the blog Hyperallergic, but floodwater still claimed 9,000 titles, the bulk of Printed Matter’s stock, putting it into financial straits.

Perhaps art historians like those who came to Florence in 1966 can again take a prominent role in salvage efforts—this time not so much by looking after the pulpy artists’ books waterlogged at Printed Matter, but rather by attending to the more general, underlying, and prolonged issue of the Anthropocene. After all, one of art history’s longtime concerns seems particularly pertinent to all that is implied by understanding humanity as a planetary agent, namely the question of how human beings give meaningful form to matter, whether it be in the form of an artwork, a bookstore, burnt fuel, or a storm surge.

The Italian journalist Giorgio Batini, who provided a comprehensive report for the general public on the Arno flood and its aftermath, knew that humans were as culpable as water for what the latter ostensibly did to Florence’s art: “Driven by progress and economic necessity, man, having altered the face of nature, has failed to replace her ancient, natural equilibrium with modern expedients.”[4] Batini is not wrong here, but the concept of the Anthropocene implies that “modern expedients” perhaps cannot achieve what “natural equilibrium” might previously have done. We seem to be incapable of achieving balance with the rest of nature, whether by locating it or making it, through our modernity. Disequilibrium is to be a condition of our foreseeable future, as our activities, however successful they may be at balancing an imbalance here or there, also tend to involve an externality or two that perpetuate a general condition of continuous and unpredictable transformation in which a certain amount of degradation inevitably transpires.

Printed Matter is, happily, thriving once more after relocating to a new address at which, having learned a painful lesson, it no longer keeps a basement storeroom. However, whatever security this move achieved for its stock is not guaranteed. Its books, safer in one sense, may be more vulnerable in other senses simply for being above ground instead of below. There are virtues of subterranean storage, as when many artworks displayed in the British Museum were removed to basements before German bombs rained down upon London in 1940, severely damaging that institution’s Duveen Gallery. It seems that there is no truly safe place to store art, no place where the things we make and cherish are protected from the ravages of our perturbing collaborations with natural forces. The same gravity that pulls floodwaters into basements pulls bombs onto buildings. At best, we hedge our bets.

Art is constantly exposed to risk, and the common risk we take that exposes it to events like the Arno flood, Superstorm Sandy, or the Blitz is precisely what also makes it most accessible to us moderns: urbanity, both the fact of living in cities and the concomitant effort to cultivate a certain refinement that such life encourages. Keeping cultural artifacts densely clustered together amidst already dense clusters of human beings assures a high degree of access to them and the contemplation they elicit, but the decision to live in cities also requires that we give form to matter in ways that ensure localized catastrophes will visit maximally destructive impacts on art. This being what it may, putting artworks before large numbers of people seems preferable to exiling them to places where they are least likely to be damaged by human agency or natural process. Consider, by way of contrast, the Svalbard Global Seed Vault, 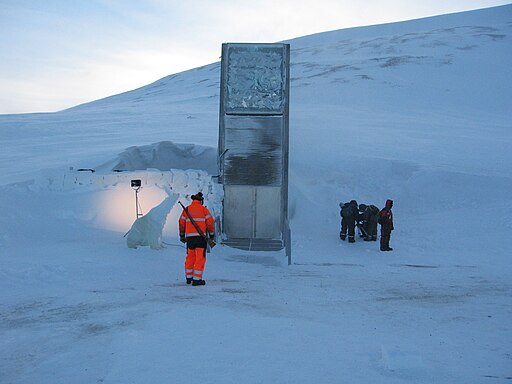 which lies beneath an island in an arctic archipelago, a site chosen primarily for geological, climactic, and thermal reasons but that has the added virtue of its remoteness from civilization, which helps to ensure that the facility’s charge, namely the planet’s agricultural heritage, remains as safe as possible from human interference. To propose storing the world’s art in such faraway island vaults is ridiculous.

Choosing to destroy art by putting it in cities seems correct. In cities, we can more easily look at and think about artworks, compare them and discuss them, configure and reconfigure them, all before the inevitability of rogue disaster or creeping deterioration — for which we are always at least tangentially if not straightforwardly culpable — takes them away from us. Most of our decisions are made in total ignorance of their eventual, often cascaded or entropic, results, so it is hard for us to know exactly how we are destroying art, though we can be assured that we are. Moreover, insofar as our actions are generally artful in a broad sense, deriving as they do from the habitual conditioning that comes with repeated implementation and accrued experience, we might even say that our arts — our ways of giving meaningful form to matter — are a set of practices that is, on the one hand, essential to the production of artworks, and also, on the other hand, more generally creative and destructive. Everything we do is artful — and anti-artful. Our arts are also anti-arts that, in concert with other natural forces, determine how we make art and how we destroy art, which is to say, how we participate in the inevitable end of everything we have made. 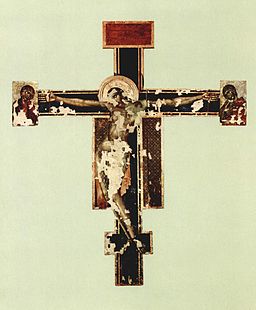 There is no way to ensure the permanent existence of either a work of art as traditionally construed or of any other product of artful human labor. Perhaps one way to go about our business in the Anthropocene — and art history can provide an orientation point or two — is to take seriously the fact of our destructiveness rather than tiptoeing around it in ways that cannot help but be destructive. Instead of working to stop things from falling apart (or, worse, denying that they are falling apart), we might start to decide, to the extent that we can, how, to be grammatically incorrect, to fall them apart by thinking more often about our making as a destroying. After all, there is much that we might want to destroy differently than we currently are, particularly now that we are a planetary agent subjecting the totality of this planet’s land, water, and air — and all the life that relies upon them — to our arts. Adopting such a mindset is hard and sustaining it is even harder, but even tarrying with this disposition raises the question of how we choose to destroy art in the narrow and broad senses. That is important, for the final question, the question of whether we are able to live in the ruins we make by destroying what we make, poses itself without our choosing to pose it.

[2] For the most recent major discussion of iconoclasm in art and elsewhere, see Bruno Latour and Peter Weibel, eds., Iconoclash: Beyond the Image Wars in Science, Religion, and Art (Karlsruhe and London: Zentrum für Kunst und Medientechnologie and MIT Press, 2002).

4 thoughts on “The Iconoclastic Anthropocene: On How We Choose to Destroy Art”