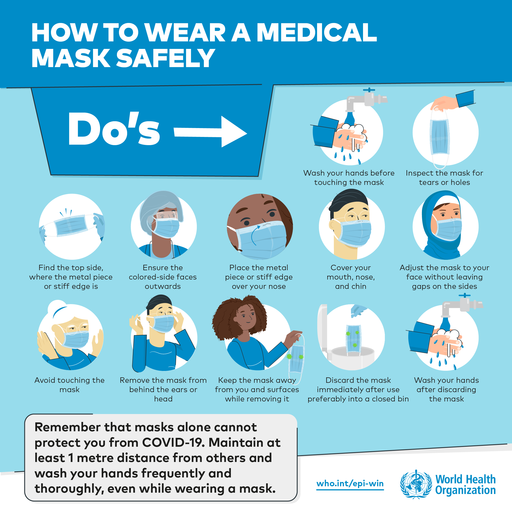 I ended my post last week with a question—why is it so hard to listen to advice? This is a key question these days, with so many people ignoring the basic advice to wear masks to protect themselves and others from the pandemic.

Image by Radoan Tanvir from Pixabay

Today I want to explore one possible answer, specifically regarding politicians. Maybe listening to advice is hard for them because of the different roles scientists and politicians play in our democratic society. Politicians make decisions and they are accountable for them. They are elected and must sell their policies so that they are reelected. Understandably, it is difficult for them to make unpopular decisions or decisions that jeopardize the financial and political support they often depend on. So they are likely to gladly accept scientific advice that supports their views, but obviously they will try to downplay advice that is difficult for them to use. This is less a criticism of politicians being unwilling to accept advice they don’t like, than a clarification of what we should expect. This dynamic helps explain why our society is moving further away from fact-based decision making.

A related dynamic explains why scientists who publicly advise politicians can find themselves in a precarious situation. They are not ultimately responsible for political decisions, but of course they are tangled up with the process and risk being attacked by people who dislike their advice. This is especially painful if the critics attack the science as bad, even when they just mean that they do not like the advice or the consequences they might have. What does this say about the relationship between scientists, politicians and the public? Is it the role of scientists to step into the limelight and publicly dispense advice? Do we have mechanisms to protect scientists from a potentially hostile public? Do we prepare both sides well enough for this?

Here are some examples, from Europe as well as the US. In Germany Christian Drosten, a serious scientist who reached celebrity status for his rational advice and commentary on the facts of the pandemic and policies of the German government, faced threats by critics of said policies. Another interesting figure in this context is Anders Tegnell, the leading Swedish epidemiologist, and advisor to his government. He suggested a less restrictive course when other countries in Europe went into hard lockdowns. Tegnell has been both praised and sharply criticized for this. The critics pointed to a relatively high death rate, especially among the elderly. Sweden has fared less well than its neighboring countries, casting doubt on his approach. 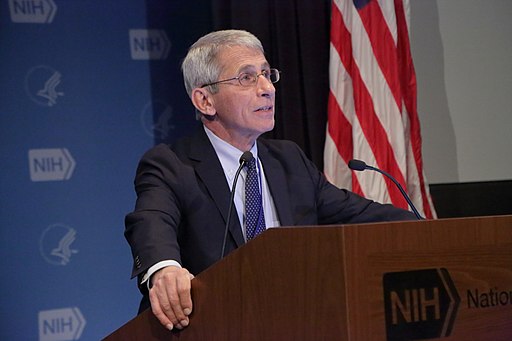 But maybe the most interesting case study is Anthony Fauci, the director of the National Institute of Allergy and Infectious Diseases (NIAI), one of the many the National Institutes of Health. Fauci was a highly respected and famous scientist long before he was pushed into cult-status by his interactions with the Trump administration. His standing and reputation are so stellar that even the mercurial Donald Trump did not dare to fire him when he contradicted and corrected the President.

Other scientists who tangled with politicians from the Trump administration were not so lucky—as The Environmental Protection Agency was gutted and many scientists were forced out. Not because they produced bad science, but because their results were in opposition to the ideology of the people in charge. Much of this happened behind closed doors. Scientists were put at risk because they were doing their jobs—and the risk increased if they did their job publicly. Most importantly in this case, the order was flipped: science was supposed to serve ideology, not provide evidence-based insights. We even had a taste of this here on this blog. 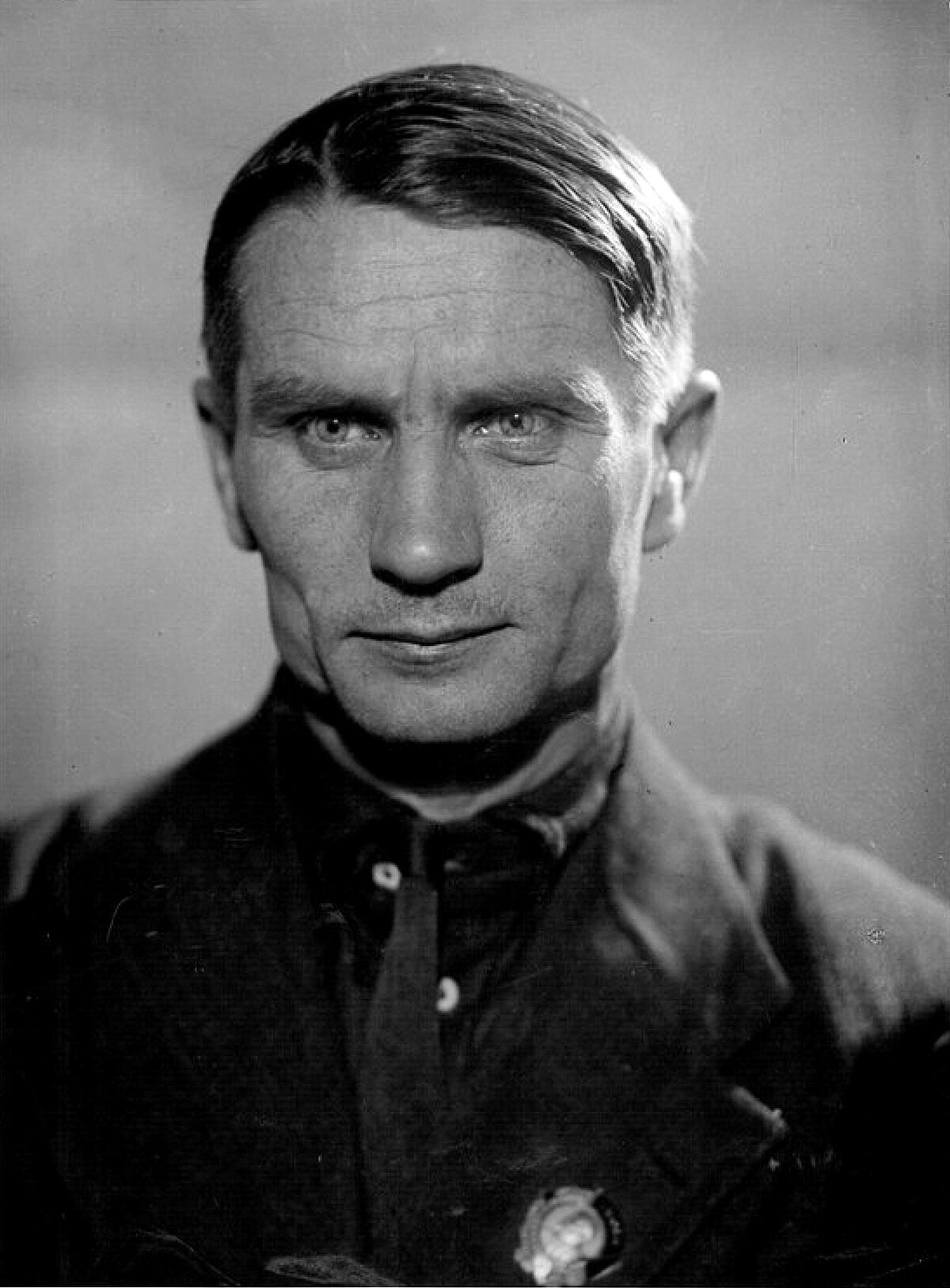 History is rife with examples of how this will eventually go wrong. Maybe the starkest is the case of the Russian geneticist Trofim Lysenko, who rejected Mendelian genetics and favored a form of Lamarkism that claimed that agricultural production would be improved via acquired traits. This would have been nothing more than a failed idea, had Lyssenko not been placed in power by a totalitarian regime. Not only did he have some of his scientific opponents sentenced to death, but his ideas also failed on a grand scale and caused – among other problems – the Great Chinese Famine, which killed millions of people. Ideology clearly is not a tool for scientific progress.

The role of science: why things can look murky

Let me return to the COVID pandemic, and the way using masks has emerged as an unlikely political flashpoint.

SARS-CoV-2, the virus that causes COVID-19, spreads from infected people via respiratory droplets. These droplets form through sneezing, coughing and even speaking. They have a range of about 1.8 meters. Because we have no accepted clinical treatment for COVID-19, the only countermeasure short of vaccination to reduce the rate of infections is to stay 1.8 m away from others and to wear masks that – ideally – reduce or prevent the exhalation and inhalation of infectious droplets. There is much to be said about masks: they are not all the same and they are not a panacea. They must be worn properly over mouth and nose to be effective. But we know now that in general terms they can reduce the spread of SARS-CoV-2 (and other viruses, too, as we learned from mask wearing during the 1918 flu pandemic), especially when combined with keeping a distance from each other.

Early on in the pandemic there was not enough evidence to soundly recommend masks. But soon studies showing positive effects of wearing masks came in (Sickbert-Bennett et al., 2020). It seems that by the time scientists worldwide recommended masks it was already too late, and that politics had claimed mask wearing as a victim. Epidemiologists seem to be pretty much unified in recommending masks, yet some politicians claimed non-existing negative effects of mask wearing, or plainly ridiculed users of masks. It is regrettable that the former President was part of this coalition of the unwilling, because not wearing masks kills people.

I tried to dissect why people do not use scientific advice; here we have a particularly bad example. The personal cost of wearing a mask is negligible, yet because the topic is so politicized, disputes have led to people being shot. From a behavioral point of view this is especially surprising because there is a substantial cost of not wearing a mask, not only to society, but also directly to the people not wearing masks. Not only do they harm others and add to the toll in lives and treasure, but they are also at a higher risk of getting ill themselves (like President Trump did). Such irrational behavior is puzzling. And this problem will persist, because despite the vaccination campaign to drive down infection rates, keeping a distance and wearing a mask will remain effective tools to reduce infections further.

But let me end on a positive note. Science arrived on the scene of the COVID pandemic as the white knight in late 2020 with several vaccines in hand. In an amazingly schizophrenic approach, President Trump maligned the science and scientists when it came to public health measures, ignored evidence when it came to useless treatments, and at the same time started a magnificent program to create vaccines. Remarkably, science delivered in record time. Although the speed with which the vaccines will have an impact may be overestimated, and is diminished by a poorly run vaccination campaign, the path to creating the vaccines was amazing.

The first vaccine was produced by the small German company BioNTech and its collaborator Pfizer via a relatively new technique: instead of using inactivated viruses (or virus fragments), it used a modified form of RNA to target a protein in the famous spike on the virus’ surface. This is based on the genomic sequence of the virus which was published in January of 2020. What made vaccine development work overall was massive government spending on initiatives by private companies (much of which may never lead to any return for the public) combined with streamlining approval procedures. But while the government funded science delivered the vaccine, unfortunately the government’s own effort to distribute the vaccines does not look equally glorious.

Sadly, how much of the current optimism is actually justified remains to be seen. A mutating virus may blunt the instrument quickly. Disparities between rich and poor countries, problems within many countries (such as the disorganized vaccination campaign in the US), and the all-to-large portion of the population that rejects being vaccinated can turn the whole campaign into a big and costly failure. It is true that there are many different vaccines in development, and we may be eventually able to drive down infection rates for this virus significantly. But that leaves the worry that the COVID-19 pandemic was just a prelude to a much bigger pandemic with a more dangerous virus. Are we prepared for that?