CITATION:
Jones, B.A. et al. 2016. Water Resources and Economics vol. 14, pp. 3-13
ON-LINE AVAILABILITY:
http://dx.doi.org/10.1016/j.wre.2016.02.003
ABSTRACT:
Amidst debates about what conservation and preservation mean for large coupled human and natural systems, survey-based non-market valuation approaches for eliciting non-use values also may confront the need for re-consideration. For example, proposed operational changes on highly-engineered river systems to implement environmental considerations (e.g., experimental flow regimes in a river stretch) may connect to social disruption and green-vs-green tradeoffs elsewhere in the larger connected system. Non-use value estimates for the same proposed operational changes may be sensitive to the presentation of multiple dimensions of effects in the coupled system, which may be perceived as either positive or negative by different population segments. Using an internet survey mode and a national sample, and essentially replicating a prominent prior contingent valuation study of non-use values as the starting point, we illustrate such considerations within an exploratory setting involving operational changes altering both downstream environmental flows and hydroelectricity production from the Glen Canyon Dam on the Colorado River. We use a referendum-style voting format, and a set of split-sample information treatments including: (i) social disruption impacts to Native American and rural western communities that depend on hydroelectric production; and (ii) hypothetical increases in air pollution by switching to non-renewable fossil fuels in the electric power grid. Empirical results show respondents may make non-use value trade-offs, as preferences for or against operational changes are highly sensitive (e.g., reversing majority support) to information about additional value dimensions, beyond downstream environmental flow impacts.

This paper makes a clear case that resource management decisions are complicated under Anthropocene conditions. The authors are, nonetheless, sanguine that such decisions can be handled by simply enhancing standard economic tools. This confidence is misplaced – we know too much about the pitfalls of normative economics to retain standard methods. Evaluating policy in the Anthropocene calls for new insights and techniques. 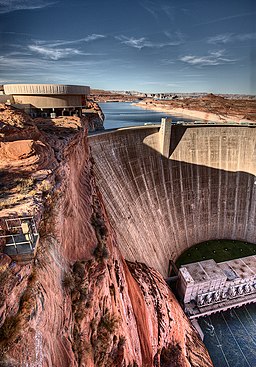 Jones, et al. studied a choice between continuing existing operations at the Glen Canyon Dam (GCD), and modifying those operations to reduce fluctuations in the water level of the Colorado River. To determine which option would be best they drew on standard normative economic theory, which is focused almost exclusively on the satisfaction of preferences (e.g., [3]): the option that best matches the preferences of those concerned is seen as the most appropriate choice. How to tell what is most preferred? The authors accept willingness to pay (WTP) as an appropriate measure of people’s preferences. Further, they accept not only behavioral evidence about preferences and WTP (known as “revealed preferences”), but also survey-based evidence (known as “contingent valuation” (CV)).

Jones, et al., evaluated preferences over the GCD options under a variety of proposed scenarios (what they call “information treatments”). Initially, they focused on “information on the natural resources surrounding the study area and how re-purposing might affect their quality” (p. 18). In subsequent scenarios, they gave study participants additional “information on how changing GCD operations might affect Native American tribes (treatment #4), rural Western communities (#5), a combination of Native American and Western community impacts (#6), and effects on air quality due to increased reliance on fossil fuels-based power generation (#7)” (p. 19). They show that each of these information-addition scenarios “significantly decrease WTP for changing GCD operations, and demonstrate a significant fraction of the population with a positive WTP for maintaining dam operations” (p. 26).

Even though they recognize that this result supports maintaining the status quo, the authors conclude that taking more values into account when making judgments is usually appropriate: “[o]ur pilot study demonstrates that public preferences over dam operations are likely currently more complex than what emerged from earlier CV studies, and may require a more inclusive values approach” (p. 26). They conclude, more generally, that “‘Valuation in the Anthropocene’ requires fully mapping and understanding value plurality in such interconnected systems” (p. 26).

Jones, et al. are surely right about how the tangled connections between human and natural systems in the Anthropocene pose a serious challenge to decision makers. Appeal to a more inclusive value approach is also a useful suggestion. Unfortunately, there isn’t very much chance for decision makers to develop such an account within the confines of standard economic theory. Economic methods for evaluation that focus on preferences are notoriously problematic. It isn’t obvious at all that preferences should guide behavior, either individually or collectively. Individuals prefer, and are willing to pay for, some pretty normatively problematic things: bigots will pay to enact their prejudices; junkies will pay to feed their self-destructive habits; etc.

Considerations raised by the complexities of ‘Anthropocene Valuation’ only exacerbate the problems, due to the prosaic reason that people often have false beliefs.

Suppose I want to view some fine art, so I resolve to go to the art museum in the city I am visiting. I consult the map, but get confused when exiting the hotel and so head away from the museum. I want to go in the direction I am going because of a false belief that the art museum is in that direction. Acting on my ‘proximate’ preference (to go down this street) in fact leads me away from satisfying my more basic preference to see fine art.

The general point here is that people’s preferences have structure: more proximate preferences are derived from more basic preferences and beliefs. To the extent that people have false beliefs, they can have incompatible preferences. More seriously, the attitudes that are most relevant to action – proximate preferences – have less normative authority than the more basic preferences that underwrite them. Thus, my desire to view art is more significant than my desire to walk down this street on the mistaken belief it leads to the museum. The case for consulting the attitudes of each agent for social decision-making is a case for considering their basic, considered values, not their proximate, in-the-moment preferences [1, 3].

More interesting, perhaps, is the empirical evidence that people have a hard time bridging the gap between their considered values and the preferences they express in their behavior. People, for example, have a tendency to choose lesser but nearer goods (they “discount the future” at a hyperbolic rate); people tend to over-weight small probabilities in their decision making; people are influenced by framing effects (see, e.g., Kahneman for a catalog of these cognitive and affective biases).

The most important effect for the argument here is that people get ‘tunnel-vision’ on certain dimensions of value. When people assess options they often consult only a subset of their own basic values. In marketplace transactions, for example, people tend to act for personal gain and leave other commitments aside [2]. This capacity for selective attention to value considerations casts doubt on whether preferences expressed in a given circumstance always reflect a person’s basic values. The fact that I took some extreme risks in order to get a good photograph in one circumstance, for example, does not mean that I place an extraordinary amount of value on photography as an avocation or art. Rather, I might have become so focused on what I was doing that I just ‘lost touch’ with things that I value greatly, like personal safety. I might well regret my behavior in retrospect [2 , 4].

The problem with the preference-satisfaction focus of economic methods is not that people’s values are irrelevant to policy choices. Rather, it is that a person’s choices – real and hypothetical – imperfectly represent her values. This feature is independent of any specific claims about what is objectively good. For any value system a person might hold, she is vulnerable to ‘buyer’s remorse:’ she will sometimes choose in ways that do not actually advance those values.

This vulnerability is particularly acute in the Anthropocene. For both ignorance and ‘tunnel vision’ effects are likely to be prominent in decisions involving interactions between coupled human and natural systems. In general, citizens just don’t know very much about the complexities of Anthropocene environments. That sort of ignorance undermines the normative significance of the proximate preferences elicited by behavior and CV surveys. Likewise, framing and ‘tunnel-vision’ issues arise when people confront complex systems. The data generated by Jones, et al., establishes that merely introducing options does not bring all of a person’s values to mind – people don’t think about social disruption, for example, when they start to consider dam operations, even when the possibility of disruption would become clear with a little reflection. Instead, the social disruption potential must be brought to people’s attention explicitly in order to have influence on their behavior.

It is difficult to take into account community values in policy making without running afoul of ignorance and ‘tunnel vision’ effects. The complexities of Anthropocene resource decisions mean that the problem is large – but despair is not warranted. As a start in finding a solution, it is worth noting that whatever one thinks about the value-fact distinction in theory, there is a practical reason to emphasize it in decision making. Attaining a factual understanding of Anthropocene conditions is hard work. Keeping value issues distinct helps to insulate the process of getting clear on basic values – a difficult enough task – from the process of settling complex questions of fact. By introducing dimensions of evaluation first, citizens are encouraged to think about trade-offs among basic values as a distinct issue, allowing them to avoid ‘tunnel vision’ and develop their own ‘marginal rates of substitution’ among value considerations. Once citizens are armed with better-thought-out value schemes, people with more knowledge about Anthropocene circumstances can advise them on the actual trade-offs they face and help them to apply their values without falling prey to various biases. There is room in this process for reflective equilibrium – someone might feel the need to alter the importance she places on various values when she sees how the trade offs actually work. Still, starting with this sort of value-elicitation process and emphasizing that values come as a set might help avoid ‘tunnel-vision’ and other framing issues.

One thought on ““Valuation in the Anthropocene: Exploring options for alternative operations of the Glen Canyon Dam””