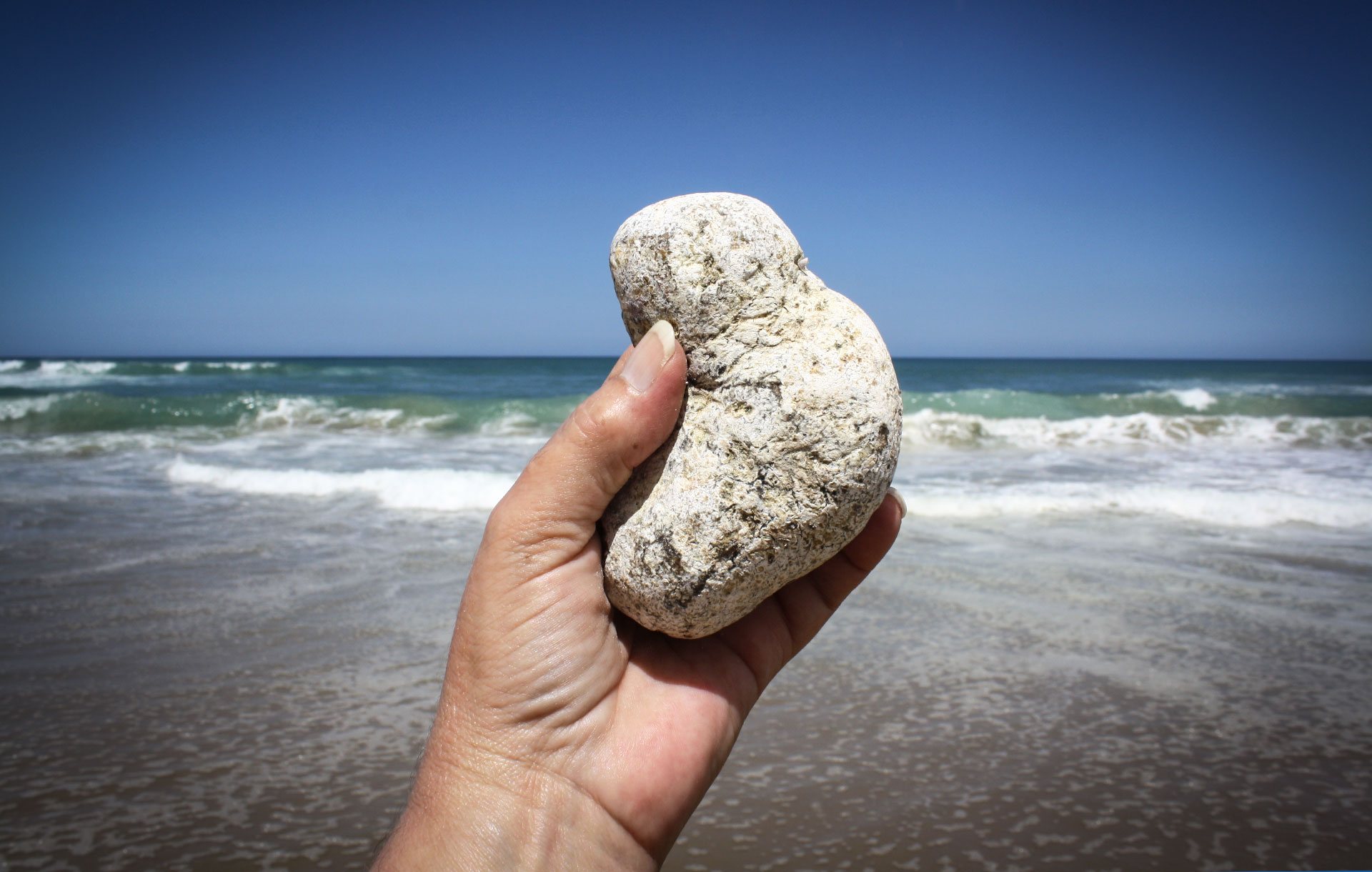 I find examining human history more comforting than considering the ever-encroaching future promised (or threatened?) by talk of the Anthropocene. This preference informs my work as an artist: I use aroma as a link to an earlier time, on the belief that we can access the past through esoteric smells. My current project aims to focus on a lesser-known scent of the past that stimulates perhaps disturbing ideas associated with the Anthropocene. I am planning an exhibition that will use the olfactory story of ambergris to recall the history of whaling as an early foundation of America’s energy economy.

In my artistic practice I have developed a method of working with scent as a creative medium. Using a small steam distiller, I extract essential oil or hydrosol (scented water) from plant material I have collected from places I visit. These extractions represent the local landscape through aroma, molecular structure and symbolic meaning of the materials gathered. Aromatic materials, alchemical possibilities and cultural symbolism are central to the work. We respond to scent viscerally, at first, not logically. I believe this makes fragrance a potent vehicle for exploring arcane history, which can include truth and myth.

Presently I am considering coastal regions and aromas associated with the sea. This will culminate in an exhibition that focuses on ambergris (a secretion of the sperm whale) as a precious and mysterious substance, a perfume fixative and a rare luxury commodity made even more scarce by the depleted population of its source. The exhibition, entitled “Neptune’s Treasure” (an old sailor’s term for ambergris), will present olfactory artworks that use ambergris as the base material.

Though ambergris itself has been known and its uses recorded throughout history, for a long time the source of the material was a mystery. Speculative origins include the spittle of sea dragons sleeping on sea rocks drooling into the ocean or an odorous gum exuded into the sea from the roots of coastal trees in the South Pacific. In fact ambergris is a waxy substance created in the digestive tracts of sperm whales. It starts as a secretion formed as a protective means in the digestion of cuttlefish and squid beaks, which can irritate the whale’s intestines. The waxy formation is ejected from the whale as waste and floats on the surface of the ocean for years, curing in the salt, sea and sun. This process of transmutation that occurs on the high seas, as well as the individual whale’s unique biology, make each piece of ambergris one of a kind. Ambergris is most valuable when it has turned a very light grey or white, transformed from a useless fecal smelling black turd to surprisingly delicate white gold washing up on a remote beach.

Grey amber, as sailors referred to it, became (and still is) incredibly valuable as a fragrance enhancer and fixative. Ambergris is used in perfume in a similar manner to musk, as a base component to which middle and top scent notes can be added. Natural perfumer Mandy Aftel recounts that in the 17thcentury and earlier it was also used in medicinal concoctions, embalming practices, as protection from plague, and as food flavoring, identified and traded as early as 1000 BCE.

But the olfactory story of ambergris is enmeshed with America’s whaling history and its influence in building the country’s early, burgeoning fortunes. For ambergris is only one item of value that is produced by the bodies of sperm whales, and I can’t help connecting it with thoughts of industrial era commercial whaling practices. The capital that fueled the young American republic was bound up with whaling, particularly during the industry’s peak, from the mid-18th to the mid-19th centuries. Prior to the discovery of fossil fuel, “American whale oil helped light the world, illuminating, powering and lubricating the first phases of the industrial revolution.” Sperm whales in particular were sought for their superior spermaceti, an oily, waxy substance encased in their enormous heads. Spermaceti burned more brightly and more cleanly than average whale oil. From the darkest depths of the sea, we humans harvested a means to shed light over the earth.

That harvest, involving the boiling down of whale’s bodies, was succeeded by the exploitation of fossil fuels, themselves the product of heat and pressure applied to organic materials, and made useable by human beings through further refinement. Whaling may have declined due to the discovery of oil—or the development of oil as an energy source may have been stimulated by the decline in whale populations. In either case, looking back on whaling makes us confront the economy of energy production and consumption, pointing us forward in time to its result, the Anthropocene.

Grand Ball Given By the Whales In Honor of the Discovery of the Oil Wells in Pennsylvania (Vanity Fair, 1861, via Wikimedia Commons)

However, associations I have traced between ambergris and the Anthropocene are far from the only intrigue the substance has for me. On a more personal, visceral level, I am deeply engaged in the mystery and lore of ambergris as an object of curiosity. I believe much of the wonder is generated through the desire and speculation conjured by written descriptions coupled with lack of access. For years I have read descriptions of the scent of ambergris without ever having an opportunity to smell the real thing. Because of its rarity and its known magical properties in fragrance formulas, ambergris is often worth its weight in gold. As of the writing of this post, gold is priced at $38.76 per gram, while natural ambergris is available at The Perfumer’s Apprentice for $50 per gram.

Obtaining true natural ambergris is therefore a challenge. For the exhibition I will create “aromatic shadows” which will give visitors olfactory perceptions of this unique and bizarre ingredient. What experience do I have to produce—that is, what does ambergris actually smell like?

Mandy Aftel describes the olfactory profile as an “incomparably lovely, sweet, musky odor that seems to combine perfume, the sea, and some primordial animal scent.” Exact description can be complicated because each piece of ambergris differs, creating unique variations on the theme. According to New Zealand Ambergris, the aroma is difficult to pin down in words, due to its odd combination of sweetness and raw animal potency, the contradiction being part of the attraction. “Ambergris is often described as being musky and having a sweet earthy aroma unlike any other or a mossy fragrance reminiscent of the damp forest floor. Add a dash of ocean spray, a hint of cigar, a good amount of sweetness and a little odour of the stable floor to complete the recipe…“

Synthetic replacements for Ambergris exist and those I have encountered firsthand. Ambroxide (brand name Ambroxan) seems to be the most popular and widely used. After smelling ambroxan, a student of mine claimed she would be happy to wear that singular molecule as her personal fragrance. Ambroxan is a key component in the make up of ambergris’ scent profile. Like ambergris, it is an important fixative, which will create a light, airy, sweet, clean effect and amplify certain notes in a perfumery blend. It has a soft, enchanting smell and a radiant effect.

Many people are averse to the idea of synthetic scent materials, as though they are not natural. Yet, they are simply isolated components of more complex organic compounds. In the case of ambergris, it is an animal material that can’t be hunted, but is generally scavenged on shores all over the world. The Endangered Species Act of 1973 prohibits possession and trade of ambergris. But this rule tends to be overlooked, since ambergris can be obtained without hunting whales. It is most likely to wash up on coasts which lie close to the feeding grounds of sperm whales. Western New Zealand has been the locale of many rich finds. Unsuspecting people walking the beach often find large ambergris deposits lying in the sand.

In perfumery, the seashore is an elusive and desirable aroma, particularly the salty smell of skin and hair after a day at the beach. Sweet sun warmed skin, fresh sweat, marine air, the significant scent of iodine and sulfur from seaweed and decomposing micro plankton in the wet sand. This combo hits you in different frequencies at particular locations and it’s not simply the beauty of the odor, it’s the attraction to the place and the associations with pleasure, leaving the material world behind. The marvel of ambergris is its ability to melt into skin and aromatically conjure this oceanic illusion as no other material can.

I like to think that the preciousness of ambergris directly correlates to the preciousness of Earth’s resources, like the ocean, and sea creatures, like whales. I also appreciate the mysterious and strange process, in the ocean depths, of a sperm whale feeding on a giant squid and producing, by human standards, a heavenly and transformative aroma.