THIS POST IS PART OF OUR ANTHROPOCENE BIOSPHERE PROJECT–A SERIES OF POSTS ON ERLE ELLIS’ ‘ECOLOGY IN AN ANTHROPOGENIC BIOSPHERE‘ (ECOLOGICAL MONOGRAPHS, 85/3 (2015))

In preparation for Erle Ellis’ visit to OU’s campus in April, I’ve spent some time considering topics I hope we can address during his visit.

Erle notes that “Behaviorally modern human societies began transforming terrestrial ecology more than 50,000 years ago and emerged as a global force as their populations spread out of Africa and across the Earth” (p. 288). He argues that his theory–that the ultimate causes of human transformation of the biosphere are inherently social and cultural–generates novel hypotheses regarding the “forms and trajectories of long-term anthropogenic ecological change” (p. 287).

Certainly it is our goal in science to call upon theories to generate predictive (and testable) hypotheses, and so I wonder: if our culture shapes our niche construction, what does the future hold for humans and the Earth System? Erle provides a clever answer in his conclusions when he states that “Perhaps the only guarantee is that the future will likely include societies and ecosystems that bear little resemblance to those of today” (p. 321). But this answer is only partial–can we explore possible futures further? I understand and accept that human shaping of ecosystems has been ongoing for 50 millennia or more, so is not new. But what can be predicted, and might we begin shaping ecosystems in a way that ultimately benefits humanity (and that includes all of us) as well as other species?

Now, one of the key developments enabling human sociocultural evolution (hence human niche construction) in the last 50+ millennia is the explosion in our communication and technological capacities. 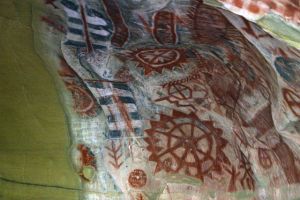 Chumash art on the walls of Painted Cave in the mountains above Santa Barbara, by Doc Searles.

Cave paintings dating from 25-30 millennia BP, and types of writing dating from 5-10 millennia BP document the means by which humans could achieve both vertical and lateral accumulated knowledge transmission, promoting technological advances that facilitated niche construction. The rate of information transmission took a quantum leap with the invention of printing by ~1450 AD— which made texts widely available, and inspired new ideas— at least among the relatively privileged literate population. This revolution ensured that, e.g. Adam Smith’s 1700s writings on capitalism would gain readership, albeit mostly among the literate elite.

Another quantum leap in rates of human transmission of cultural knowledge took place through the digital developments of the 20th century, when Moore’s Law accurately predicted both technological and social change via advances in computing that doubled each 18-24 months. The digital revolution has thus spawned a series of further quantum leaps in knowledge transmission, as humans adopted first email from our desktops, then email and texting from our phones, then email, texting, photography, videography, and social media from the portable comfort of our smartphones.

Granted, not everyone has a smartphone. But rates of cell phone ownership enabling at least texting are surprisingly high in even the most economically disadvantaged regions of the world. A 2015 Pew survey documented that rates of cell phone ownership across various low-income countries of Africa, for example, routinely range well above 2/3 of the population— 82% for Kenya, and 73% for Tanzania. Uganda posted the lowest rate at 65%. Within the US, a 2014 Pew survey documented rates of cell phone ownership approaching or exceeding 90% across all income levels surveyed. This means that, for the first time in human history, a large percentage of the population—not limited to the socioeconomic elite—can transmit knowledge instantly and globally.

What does this astounding fact mean? If our niche construction reflects sociocultural behavior, how will it evolve in tandem with changes in our behaviors due to the maturation and democratization of globalized social media?

More specifically, might we consider whether consideration of communication technology can lead to predictable and testable hypotheses about the forms and trajectories of anthropogenic ecological change, driven by our sociocultural niche construction? Such hypotheses draw from the realm of biological science, including consideration of, e.g., how forests engineered for carbon capture end up changing local/regional ecosystem evolution (Sarrazin and Lecomte, 2016). But they also draw from the realm of cultural understanding. Thus, Sarrazin and Leconte (2016) note that, as we awaken to our global influence, the trajectory of ecological change will vary depending on the intent and reasoning behind our conservation acts (are those acts motivated by, e.g. intrinsic values, or an expectation of an ecosystem service?). My question—something I’d like a clear hypothesis about—has to do with the extent to which our globalized communications environment, which is surely one of the defining features of the current human niche, affects the physical environment of the Earth System. 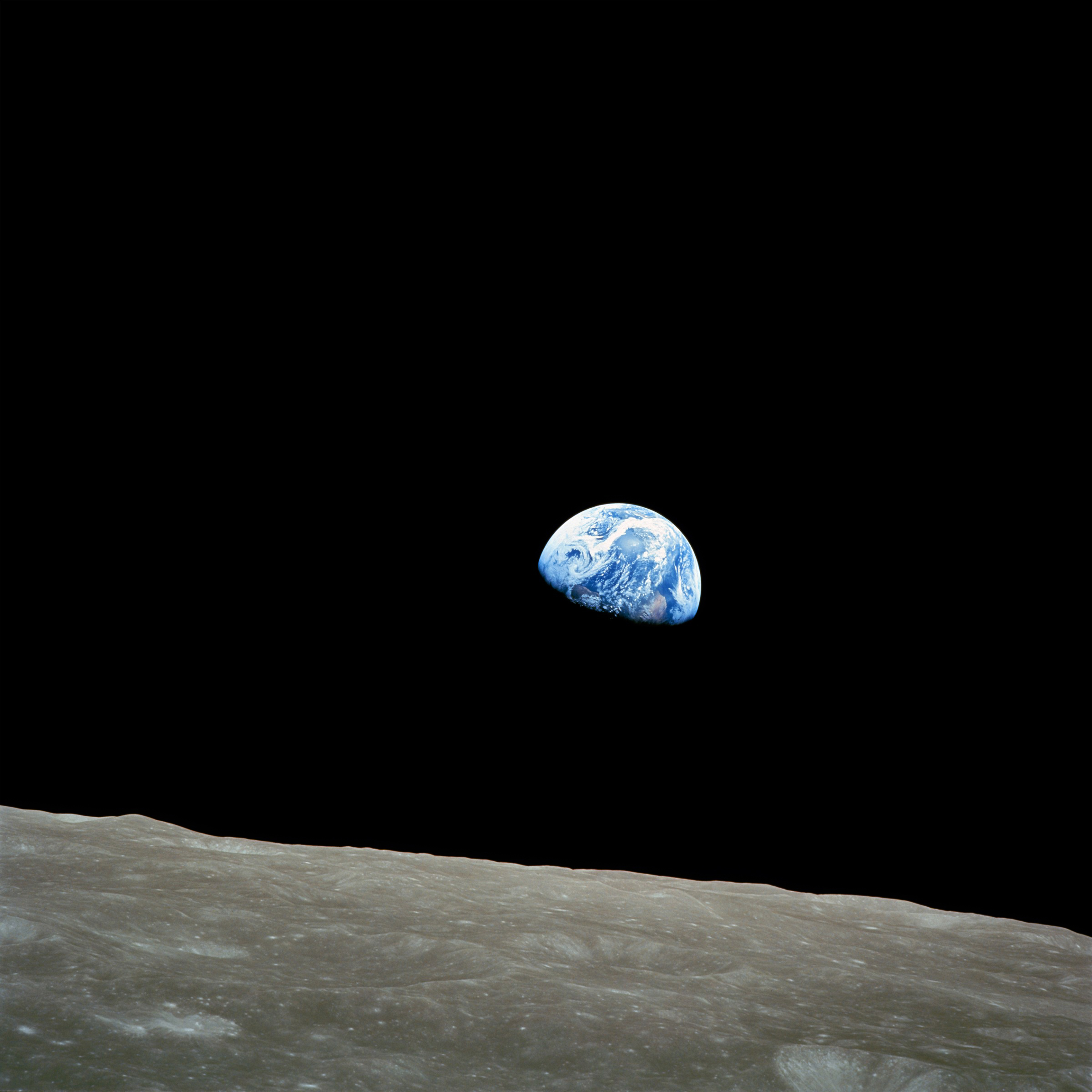 Nearly 50 years ago, still early in the digital revolution, humankind viewed for the first time an image of our home. The iconic Earthrise photo is said to have galvanized the environmental movement. Certainly, it appeared in magazines and even graced a US postage stamp, but pre-dated social media. Similarly, the Selma march is said to have added fire to the Civil Rights movement, in large part because it was broadcast on TV— but did not reach global viewership. Despite significant advances, struggles for both environmental and racial/social justice continue—and tightly intertwine—but has progress been accelerated by our accelerated abilities of communications? The Black Lives Matter movement is an extension of 1960s-era Civil Rights, but now reinvigorated and increasingly powered by social media. (Though of course the power of the medium can cut more than one way: there is an argument that the Trump presidential campaign has been effective in countering its critics through its use of Twitter .)

Let me conclude by offering another image, available to the world over social media.

NASA just (February 19, 2016) released a new global temperature map showing record-smashing Arctic (and global) warmth (see a Washington Post story about this). It is the manifestation of a prediction hypothesized by climate scientists decades ago. As this image, and so many others become globally transmitted at near-light speed, what will be the cumulative impact on our approach to sociocultural niche construction? Will, for example, it support a cultural shift in global norms that might facilitate realization of goals outlined in the COP 21 Paris climate agreements?

Science hypothesizes. I am a scientist, but in this case, I hope.

One thought on “Hypothesized Hope”